Apparently Paul Begala can not be bought, but he can be rented! From Jonathan Turley’s website:

The email controversy surrounding Hillary Clinton continues to grow but there is one aspects that is less of a problem for her as it is for one of her allies, Paul Begala. Begala is shown in email seeking directions or talking points from the State Department on what to say about one of Clinton’s speeches and then writes back to tell Clinton aides that he gave her an “A+.” Such talking points are common in Washington but the email forces the practice into the open and raises the question about independence of commentators, even in today’s formula conservative-liberal/democratic-republican casting. People like Begala are supposed to be crushingly predictable in blindly support one side of the formula casting, so it is hardly surprising to see such scripting or shaping. However, some have asked about the propriety of a CNN commentator who appears to be so closely coordinated with a political figure like Clinton even on his impressions of her skills as a speaker. It was an ironic twist from a commentator who declared national that “voters to not give a sh**” about the Clinton emails.

Part of the notoriety over the email is clearly as a reflection of the networks of allies that the Clintons have throughout government and the media. While Begala is pegged as “the democrat” in these point-counterpoint formats, it is he concern to be on message for Clinton specifically that has attracted commentary.

Begala, a former advisor to Bill Clinton, asks in the email for talking points before he went on CNN to rate Hillary Clinton’s early performance. He is sent to various Clinton aides at State. After his appearance, Begala emailed back: “I gave Sec. Clinton an A+ in our dopey CNN report card last night.” Ms. Mills forwarded that to Mrs. Clinton with an “FYI.” 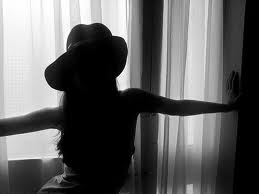